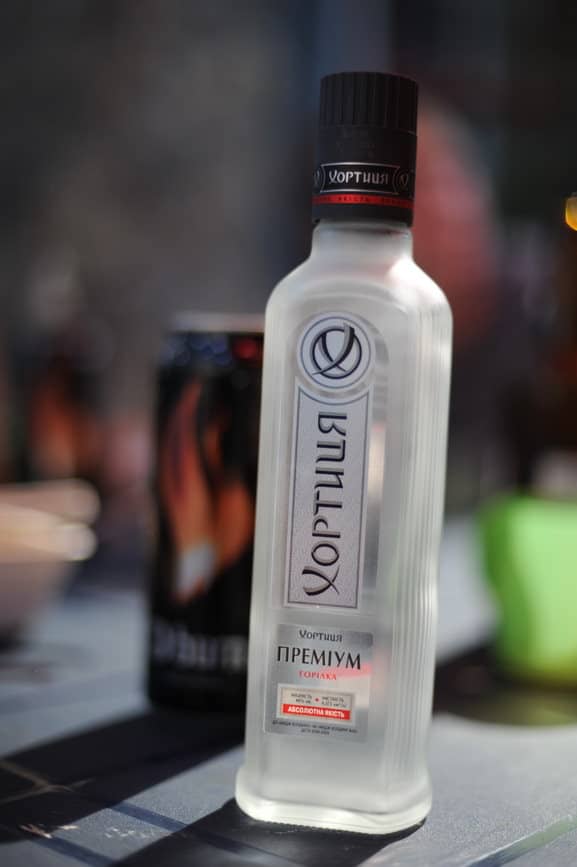 Recently, I had the opportunity to chat with Alona Kobozieva, press officer of “Khortytsa”, Ukraine’s arguably finest and definitely most modern vodka manufacturer. I have always appreciated vodka because it is a drink that can be very pure, yet carries subtle flavor. Therefore, I was very curious to learn more about one of my favorite vodkas, which I tasted for the first time in Kiev in 2007. 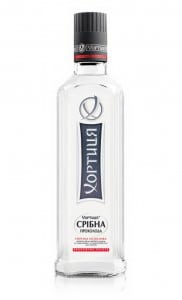 Vodka consists of spirit that is cut with water until its proof is sufficiently low (usually from 75 proof to 120 proof, the traditional volume being 80 proof, or 40% alcohol by volume). Additional flavors might be added as long as they do not contain any sugar – which, technically speaking, would make the vodka a liqueur.
After a successful campaign in the so-called “vodka belt” countries of the EU (Finland, Sweden, Poland, Lithuania, Latvia and Estonia – the remaining being Russia, Belarus and Ukraine), the EU released a regulation in 2008 that only vodka containing spirits made from grains or potatoes can be labeled as vodka, thereby confirming the traditional distilling customs. Vodka made of other spirits (such as grape spirit) has to be explicitly declared as such. The caveat here is that spirits made of “agricultural raw materials” (which basically means sugar beet) does not need to be labeled – which leaves a loophole for low-quality vodkas. The vodka belt, again, is loosely defined as a group of countries where vodka is the dominantly consumed alcoholic beverage and that have significant resources of grain and potatoes. Furthermore, there is the notion of “vodka being part of the cultural heritage” – which basically means that grain-rich countries with sound vodka consumption, such as France or USA, are not counted in, as opposed to Ukraine, the home country of Mr. Eugen Chernyak, “spiritus rector” (pun intended) and owner of “Khortytsa”.

Vodka In The Ukraine

Spirits in Ukraine are generally produced by state-owned plants, which have a monopoly for producing alcohol of any kind.
Most of the plants are part of the “State Concern of the Alcohol and Alcoholic Beverage Industry” (Ukrspirt).
As of 2007, about 40% of the alcohol produced is used for vodka production. This alcohol is distilled several times (usually three times) to reach a sufficiently high proof (190+ resp. 95+% abv), and is subsequently filtered, usually by multiple charcoal filtration. The exact process is kept secret and varies from distillery to distillery, the fundamental principle, however, is that the structure of the active charcoal filters the fusel out of the ethanol solution. The vodka itself is produced by separate companies that are not necessarily state owned. 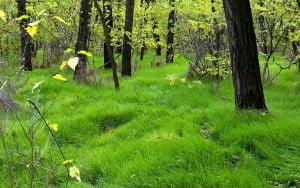 One of these companies is “Khortytsa”, founded in 2003 by Mr. Eugen Chernyak with the premise to use only the best ingredients. In addition, they use only the most modern equipment, such as stainless steel barrels and equipment from Thyssen Krupp, and most sophisticated processes in order to produce the best Ukrainian vodka. A quick view at Khortytsa’s website shows that Mr. Chernyak put his money where his mouth is, and a sip of “Khortytsa” confirms that we have a serious player here.

The manufacturing plant was built on Khortitsa island in south eastern Ukraine. Khortytsa is one of the largest islands of the Dniepr River, and a natural sanctuary. It is famous for its mineral water springs and the Zaporozhian Kosacks have used the water there as medicine for centuries. Magical or not – the water is the key ingredient of Khortytsa vodka. It is purified by a system of silver, platinum and shungite filters (amongst others). Shungite is a rock that mainly consists of carbon fullerenes and adds the “magic” to the water by mineralizing it.

After the water is processed, it is blended with the alcohol – which, again, is independently checked for quality by the manufacturer before it is used or infused with varying flavors. Each type of Khortytsa vodka has distinct flavor.