Get The Tuxedo Pocket Guide 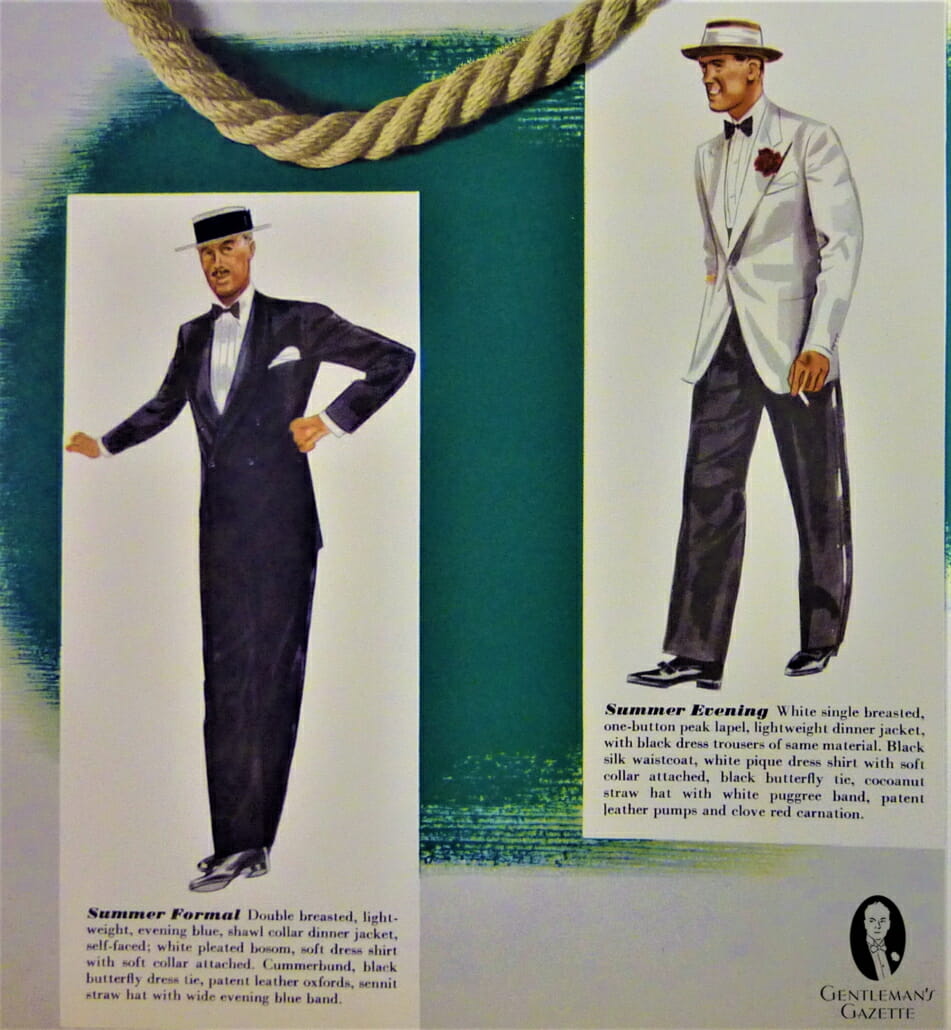 While there is a universal understanding that black tie is a dress code, definitions of the code’s specific attire can vary widely.  The question then becomes, whose definition is correct?

Before we assess the validity of various definitions we first must place the black-tie code in context:

Viewed in this perspective we can determine the qualification of a given definition’s source:

Upon examining the advice of this select group of pundits it quickly becomes apparent that the true definition of black tie lies in its details.

Furthermore, despite the diversity of the experts sources and the century-long evolution of the dress code, the cumulated details are largely identical.  This fact completely discredits the argument that black tie is simply a matter of personal interpretation.

Black Tie is a dress code that for men consists of the traditional tuxedo and accompaniments: a black dinner jacket and matching trousers, an optional black formal waistcoat or black cummerbund, a white formal shirt, a black bow tie or alternatively a black long tie, black dress socks, and black formal shoes.  In hot weather, a white dinner jacket may be substituted and the cummerbund is the preferred waist covering. 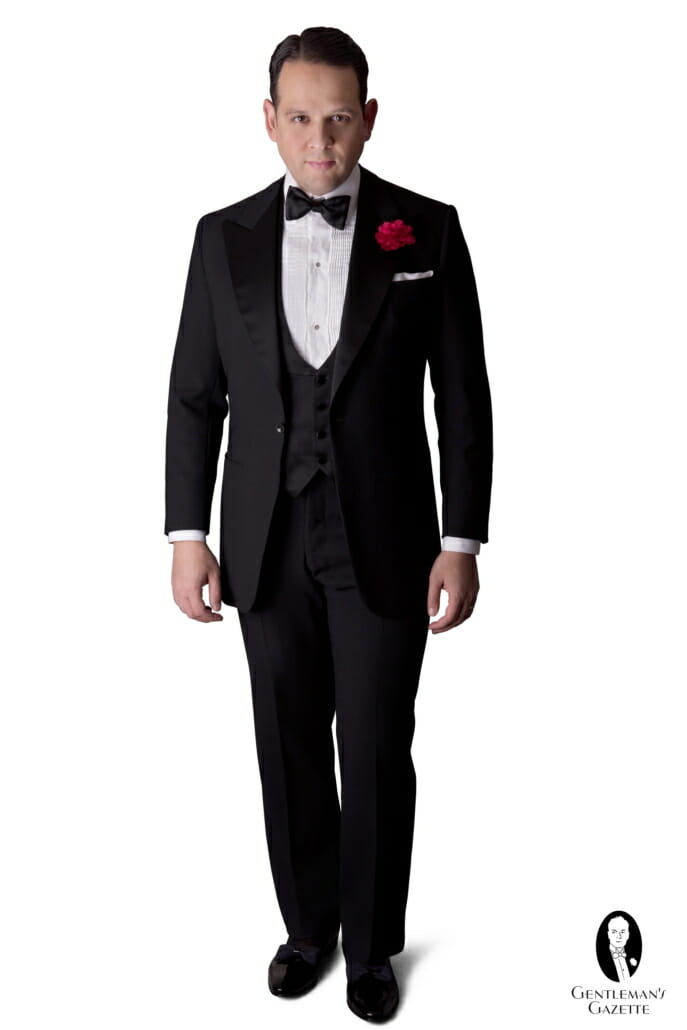 The simplistic summary above may be suitable for a dictionary but in a practical sense it raises more questions than it answers: What qualifies as a “dinner jacket”?  A “formal shirt”?  “Dress socks”?  Therefore, in order to actually assemble a proper black-tie outfit each of its components requires its own definition:

Acceptable as a substitute to standard black tie year round in tropical climates and in summer in North America. 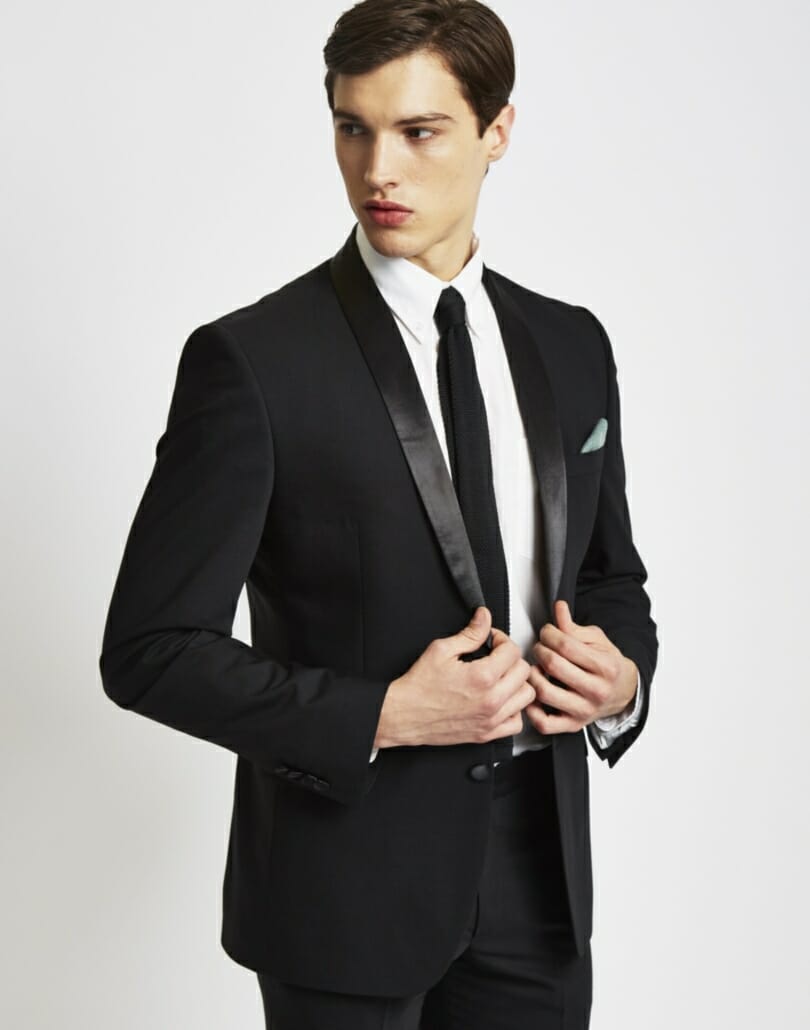 Modern iterations of black tie can reduce the outfit to a common black suit. See Contemporary Tux for important guidelines.

Obviously, proper black tie is a far more specific dress code than anything the average man is likely to encounter outside of the military.  What may not be so obvious, especially to the novice, is just how much of this seemingly restrictive list is actually optional.  Take a second look and you will see that much of black tie’s dress code is not about what you must wear but what you may wear.  It is this extent of choice that lies behind black tie’s genius – not to mention its survival in the face of contemporary trends that have virtually banished the far more austere white tie dress code.

In fact, the amount of choice can be a little overwhelming.  But don’t worry, the Relative Formality discussion will help you narrow down the choices based on what is appropriate for various types of occasions and the Classic Black Tie section will help you achieve your desired look based on how each option impacts the end result.